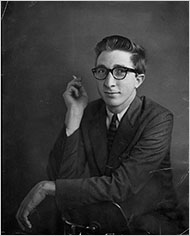 The New Yorker has been putting up reactions by various writers about Updike’s passing, and this one by George Saunders caught my eye:

Back in 1992, I had my first story accepted by The New Yorker. It was going to run in Tina Brown’s first issue. I soon learned that, in honor of the occasion, the magazine was going to run two short stories, and that the idea was to contrast the new (me) with the established.

I remember this very well, because I was a sophomore in college and was writing for the Cornell Daily Sun.  In order to become a Sunnie, you had to go through what they called a “compet program,” meaning you had to write some news stories to get your feet wet.  I had no intention of writing news stories, but you gotta do what you gotta do.  So I wrote a couple of pieces, one of which involved attending a lecture about black holes.  At the end of the interview, I walked up to the scientist to get some quotes, but I was thwarted when Carl Sagan threw a couple of sharp elbows into my ribs and pushed me out of the way.

But I’m losing my focus here.  I’m not here to talk poorly of the dead (sorry, Carl), but rather about one of the first pieces I wrote for the Arts & Entertainment section of the Daily Sun.  For that column, I reviewed this very first Tina Brown issue of The New Yorker, and I still vividly recall this story by Saunders because it was bona fide science fiction, and not only that, it had a killer ending.

As for the Updike story in the issue, I’m afraid I don’t remember it, which probably means it was as sparkling as all of his stuff has ever been.  I do remember the very last short story he had in the magazine, “The Full Glass” quite clearly: like most of his stuff written in the later years, he displays a masterful retrospective voice.  It didn’t occur to me for a second that this might be his final non-posthumous (humous?) work in The New Yorker, but that’s the way it goes, isn’t it?  Here today, gone tomorrow.