So you may recall that a little while back, a third artist had painted their take of my Modern Love essay. Now there’s a fourth — and all I can say is wow. I’ve always been jealous of artists, their ability to say so much through a single visual statement. This is by Rumi Hara (@rumi.hara – https://www.instagram.com/rumi.hara/). Wow. Thank you, Rumi!

It’s the gift that keeps on giving — many thanks to Instagram’s @cumberjessie for also taking on my Modern Love piece from nine years ago!

In case you missed the second one.

So many years ago, the Times published my Modern Love piece. That story was illustrated by Brian Rea, who’s been doing all the MLs for a while now.

Today I received a notification from an Instagrammer, Joyce (@paperie.pufferies), who is currently taking classes at the School of Visual Arts and chose my story for her own illustrative take. How cool is that?

There are two details of this graphic on her Instagram, so check them out, and her site, too! 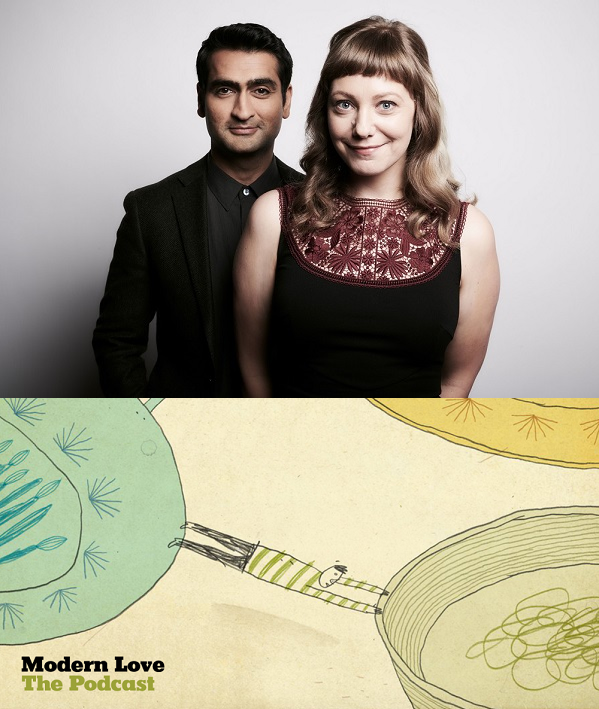 Folks, this is one of the most amazing things that’s ever happened to me.  The Oscar-nominated duo behind last year’s film The Big Sick, Kumail Nanjiani and Emily V. Gordon, teamed up to perform my New York Times Modern Love essay.  It’s this week’s episode, which is doubly special because it’s Valentine’s Day!

Much thanks to the great people at WBUR (where Modern Love the Podcast is made), especially Caitlin O’Keefe who was gracious and patient as I prattled on during our interview.  Also thanks to WBGO for hosting me and providing crystal-clear communication between Newark and Boston.  Huge thanks to Dan Jones and The New York Times for publishing my essay in the first place. Lastly, thank you to my wife Dawn and my mother, who provided the fodder for my essay. 🙂

I missed these two nice mentions before 2015 came to an end: Smithsonian Asian Pacific American Center’s BookDragon named Love Love as one of its top 25 of 2015.  Here’s what it had to say about it:

Love Love by Sung J. Woo proves that jaw-dropping dysfunction can make for some spectacular Schadenfreude.

Over at The New York Times, they picked a handful of best graphics for their The Year in Illustration list and guess what was there… None other than the fantastic artwork by Jun Cen for my Opinionator piece back in April.

Thank you, 2015.  You were the gift that kept giving until the very last day.

So here’s something unexpectedly delightful — Newsis, the largest private news agency in Korea (similar to the Associated Press), picked up my Private Lives column and wrote a story about it.  They sort of retold the bulk of the story in Korean, so I can now hand this over to my mother today.  Happy Easter indeed!  I’m grateful to Newsis and the writer of the article, 노창현.  It was also included in Newsroh, a Korean online newspaper! Happy Mother’s Day weekend!  To begin the celebration early, check out the essay I wrote for the Modern Love section of The New York Times.  It’s online now; the print version will appear in the Sunday paper.

Overfed on a Mother’s Affection

My mother held out a Tupperware container of chicken thighs and drumsticks, roasted with kimchi, bell peppers, onions and scallions. It’s a great dish, one of my favorites.

My mother and I don’t fight often nowadays, because I’m 41 and she’s 72 and we lead separate lives. I see her once every two weeks. She makes me lunch, we shop at Costco, she makes me dinner, then she sends me off with grocery bags full of her cooking.

We’ve been on this schedule for the last eight years, since my father passed away. But on this evening, near the end of my visit to her senior apartment, I could tell we were going to argue.

“It’s just one more.” There was an edge to her voice. “Why are you being difficult?”

LitCrawl 2011/Dirty Laundry!  The Launderette on Second Avenue was packed, as you can see from the photo below: We got some love from the local arm of the New York Times, too.  I read a flash piece titled Sacrifices, which appears below.  But before that, some more pictures.  Big thanks to my wife for taking these great photos and also editing my story.

END_OF_DOCUMENT_TOKEN_TO_BE_REPLACED

After a Complaint Box essay, the good folks at the Times follow up with various reader reactions.  As of now, there are 151 comments from the readers on the web, and I think these two might be my favorite:

1. Better loud and occupied than silent and empty or worse yet, visited only by cranky Sung J Woo.

2. I’m dismayed see you lead off with yet another hackneyed stereotype of librarians: “…and the occasional shush — delivered with an index finger crossing the lips of a bespectacled, cardigan-wearing librarian.” Get with it, Mr. Woo. I’m a librarian, and I shop at Express.

Way to put me and my best Andy Rooney impression in my place!  I love it.  As a writer, it’s a rare gift to see so many direct opinions from readers.  Thank you to all who have contributed — keep them coming!

There’s an essay on the flaccidity of the new crop of male fiction writers in the current issue of the Book Review.  Basically, Katie Roiphe is saying the oldies (Philip Roth, John Updike, Saul Bellow, etc.) wrote about sex and the getting of sex and the having of sex while the newies (Dave Eggers, David Foster Wallace, Michael Chabon, etc.) are neutered.  The exact quote:

The younger writers are so self-­conscious, so steeped in a certain kind of liberal education, that their characters can’t condone even their own sexual impulses; they are, in short, too cool for sex.

Is this true?  To some degree, but I’m not sure if it’s liberal education that’s at fault.  Instead, I think Roiphe forgot about four very huge letters that loomed as large as anything in the fear cache of my childhood: AIDS.  I can still remember seeing a man on TV with open sores all over his body, and the TV announcer more or less saying, “Have sex, and this will happen to you.”  That’s something you just don’t ever forget.

Secondly, I can think of two contemporary male authors off the top of my head who have no problems whatsoever writing about sex: Bret Easton Ellis (American Psycho) and Chuck Palahniuk (Choke).  The sex may have become more violent, but it’s still quite prevalent.